How important is video production to your company’s success? Flagship has the answer: it’s crucial.

Why is this? Simple: Over one third of web activity is spent watching video. To put that into context, humans spend one third of their lives sleeping. And video production for your brand is just as important as sleeping is for humans. Both, when done well, make people relaxed, confident and able to spend their days being more productive.

Of course, comparing online video to sleep is easy. But you’re probably wondering what the ins and outs of making effective video productions are. Luckily, you will soon have to wonder no longer. These video production top tips are sure to fill your customers with confidence. This is what the other film production companies aren’t telling you:

Integrate Video With Your Other Marketing Tools

Sometimes, the trick to making a video successful isn’t just nice editing, sound design and visuals; it’s where you place it and when. Flagship has been in the media production world for many years, and we’ve seen a video boost sales by huge percentages. However, sometimes this isn’t the case for one simple reason: the video isn’t given the right exposure. Do you have an active social media following? Then post the video to your accounts at the right time (i.e. when most people are there.) If you want to gain maximum exposure on these platforms, then you can go even further and pin the video post to the top of the page. Then all your new fans that find you will see your video production!

Each social media platform has its own nuances. Twitter won’t autoplay YouTube videos, so will require its own video upload. Instagram has both its news feed and stories function, meaning that you should cover both bases when posting to that platform.

The key is to take your time with all your other marketing assets and make sure you’re showing off the video properly!

Lots of Quick, Snappy Videos Are Better Than A Few Long Ones

Have you ever been playing a video game and then said “Oh, just one more level,” but then hours later you found that you were still playing the game? That’s a psychological trick that you can use to your advantage.
Video games make themselves addictive in this way by dishing out one long chunk of action disguised as short satisfying bites. They’re constantly offering you the chance to leave. But they’re also teasing you with more points, more fun, more action just around the corner.

Many companies format their videos in this way. Instead of having one long video titled “every last in and out of our company,” they have produced a series of videos titled “this thing is how you do that thing.” Very often at the end of these videos, they’ll say “and watch our next video to find out how to do something similar.” And that’s when you’re hooked!

You needn’t worry about the customer missing some information. If the content is what they’re looking for, they’ll engage with it. You can also ensure that all the videos are accessible to your customers with a few tricks, such as putting them all into a YouTube playlist or hosting them all on the same web page.

Sometimes, a company in a town with a filmmaking college will say, “Why don’t we just get a student to do the filming and editing of our video instead of a media production company?” And yes, a student is cheaper, but 9 times out of 10 the video production will look disappointing. The reason why the visuals are a let down is simple. Students won’t spend the time getting one of filmmaking’s greatest secrets right: lighting. Making a video production is much more than just sticking a camera at the thing you want filmed. It’s making sure the environment is just right. And nothing will say this more than lighting.

If you’re not going down the professional video production route just yet, then don’t despair. There are often many ways you can get a corporate video looking better, just by being canny. Don’t film your subject sitting directly in front of a window is an easy tip. Also, do you know what the golden hour is? It’s the first and last hour of a day, when, due to the sun’s angle, anything you shoot in natural sunlight will look much better.

If you’re using a phone, make sure it’s sideways

A cell phone’s camera will never be a match for a high quality video production. However, sometimes you have to make do, and Flagship understands. Just don’t hold the phone up vertically when you shoot!

Every time a video gets uploaded to Facebook with a thin vertical slice of footage sandwiched between two black bars, a million videographers despair. You’ve seen this. This is done so often, it can be considered a pandemic in the media production world. However, it’s 100% avoidable and requires next to no effort. Just make sure you’re filming with the phone sideways.

There is never a reason for a video production to be shot with a phone being vertical. Never.

Yes, video production is often about visuals, but sometimes you need words where images alone will not suffice. The solution is subtitles, (aka captions.)
This one should require no further explanation. Think about how often you see subtitles on professional Facebook videos. The reason all the big companies are doing it is because it works. And adding subtitles isn’t difficult. Any editing software you use will give you the opportunity to add text. Also, there are a range of captioning services online.

All these are great tips. Obviously, with the constantly changing landscape of the online world, nothing stays the same forever. However, one thing that all marketers are clear on is that professional video is vital for online promotion. We hope that you can these tips to get ahead of the game with your video productions and stay there, no matter how the digital world changes! 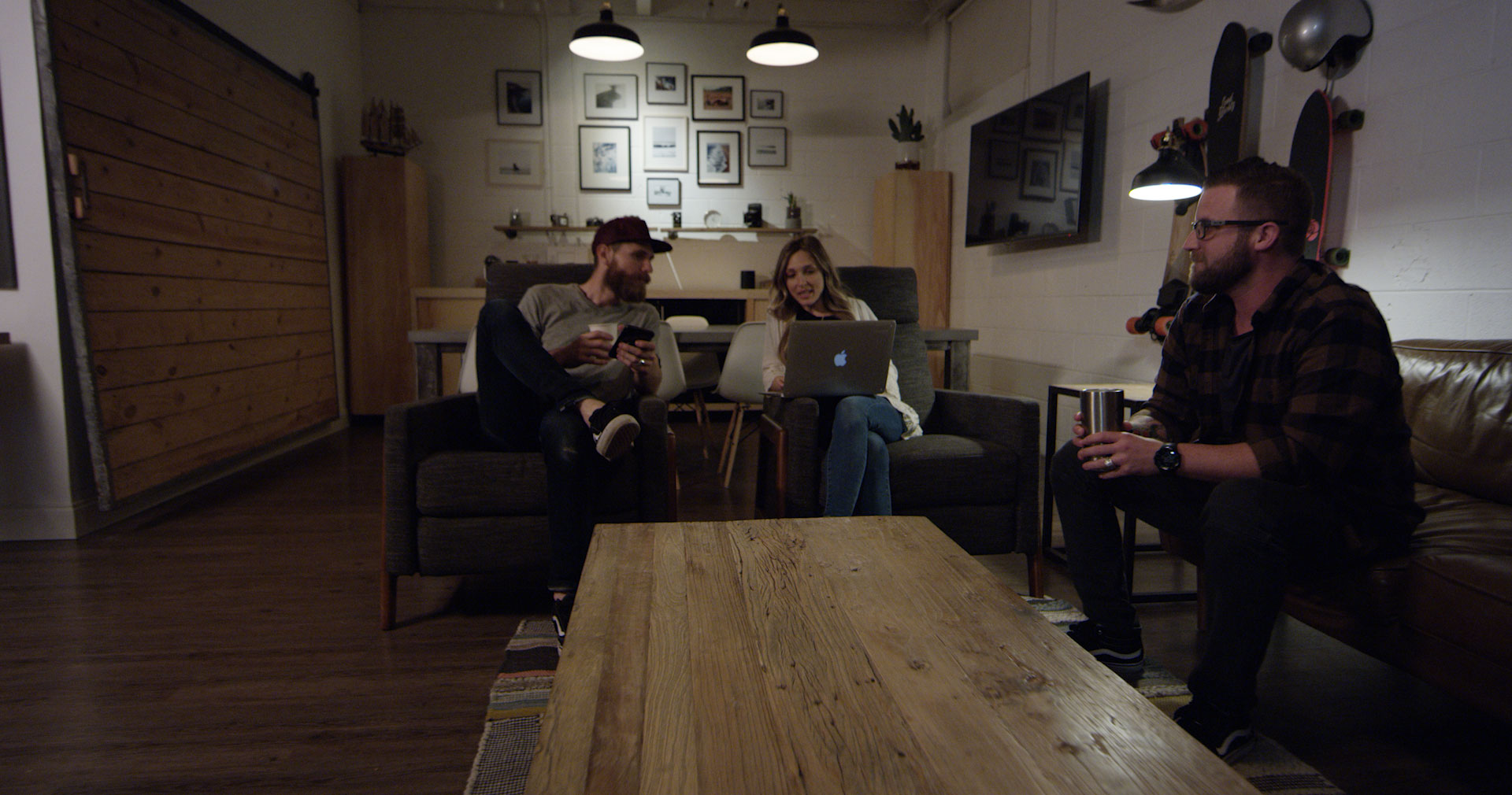